(EN) The Simultaneous of PIPOL 10 - CALL FOR CONTRIBUTIONS 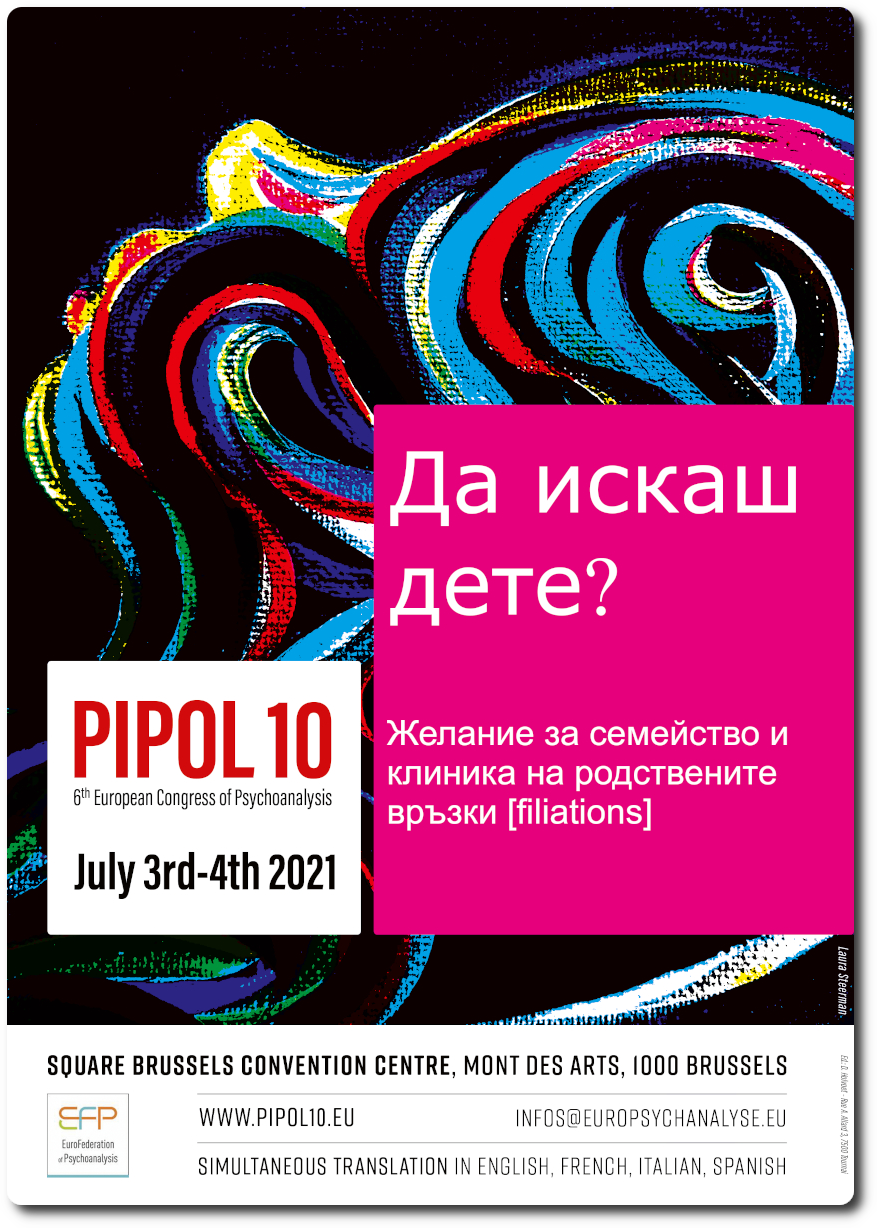 The Simultaneous of PIPOL 10

Since the beginning of the PIPOL Congresses, work on the Saturday has always been devoted to the Clinic. It is a moment that many look forward to, because it allows for an encounter and exchange between practitioners who come from the four corners of Europe, from Portugal to Siberia, from Ireland to Bulgaria, without forgetting the more distant regions like Israel, Australia, the United States, Canada and Reunion Island.

These practitioners inscribe their work in the multiple networks of the Freudian Field, a vast ensemble comprising of: the Schools of Psychoanalysis which constitute the EuroFederation of Psychoanalysis, as well as the Regional Associations attached to the various Schools; the FIPA (Federation of Institutions of Applied Psychoanalysis) with in particular the CPCT (Psychoanalytic Centres for Consultations and Treatments); the Institute of the Child, bringing together the New Cereda Network (psychoanalysis with children), Cien (Interdisciplinary Centre on the Child) and RI3 (Network of Childhood Institutions); TyA (Drug addiction and Alcoholism); the CERA (Centre for Study and Research on Autism); UFORCA with its clinical sections.

Whether working in an office, in a consultation centre, in a care institution or in any other place, speech is the foundation of their practice. Beyond the diverse horizons, what brings them together is the common language of psychoanalysis of Lacanian orientation.

The Simultaneous Sessions of PIPOL 10 will consist of 120 clinical cases presented throughout the day, simultaneously in 10 rooms, bi- or trilingual (English, Spanish, French, Italian).

If you want to be part of it, now is the time!

"Wanting a Child? Desire for Family and Clinic of Filiations" is a theme that, like it or not, concerns everyone. Any speaking out on the subject involves this irreducible "residue" that the family has become. The clinic abounds with how each one is subsumed by the questions they raise. And the manner in which science grasps "wanting a child", to the contrary, by touching the real, does not reduce these questions.

The Sections and subsections that structure the PIPOL 10 blog, while not exhaustive, are indicative of one or the other aspect of the theme which may facilitate an elaboration and a  writing of a case. On the PIPOL 10 blog (www.pipol10.eu) you can find orienting texts for each Section. Here’s a reminder.

3. Time: Death and birth - Time freeze - Clinic of the origins

It can be sent to us in one of the following: French, English, Italian or Spanish.

In order that your Case is considered, please follow these instructions:

- At the top of the first page, centred: Title of the text; on the next line: your Surname and First name, and the Region where you work.

For the PIPOL Team